Vice President and Secretary-General, Center for China and Globalization 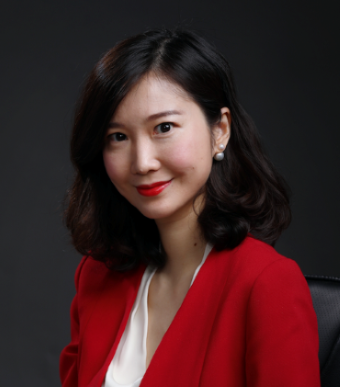 Lu (Mabel) Miao is the Co-founder, Vice President and Secretary-General of the Center for China and Globalization (CCG), a Beijing-based premier non-governmental Chinese think tank. In eleven years under her leadership, CCG has grown from a small research center with a limited staff into China’s largest independent think tank boasting over 100 full-time research and professional staff positions. Through her vision and unwavering dedication, she helped build a strong foundation for the organization’s research and policy advisory capacities over areas of international migration, global trade and investment relations, and global governance.
Miao also chairs the organizing committees of the China and Globalization Forum and the China Outbound Forum, CCG’s two annual flagship conferences attended by the nation’s business elites, opinion leaders, and senior government officials. She is also a member of the prestigious B20 China Business Council.
An experienced public speaker, Miao has delivered keynote speeches, participated and moderated numerous panels in China and abroad. She has been named a Young Leader by the Munich Security Conference. As the only north-east Asia recipient, she was awarded “International Young Leader” by the King of the Belgians, H.M. Philippe Leopold Louis Marie in 2016.
An accomplished scholar, she has 30 publications under her belt, including monographs, edited volumes, co-authored books, and journal articles in the Chinese and English languages with top publishers including the Chinese Academy of Social Sciences Press, Springer, Edward Edgar, and Palgrave Macmillan. She holds a Ph.D. in Contemporary Chinese Studies from the Beijing Normal University and was a visiting fellow at New York University and Harvard University.