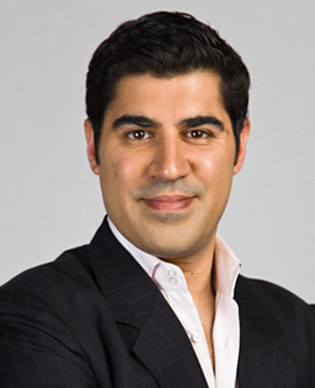 Parag Khanna is Managing Partner of Hybrid Reality, a geostrategic advisory firm, Senior Fellow at the New America Foundation, Adjunct Professor in the Lee Kuan Yew School of Public Policy at the National University of Singapore, and Senior Fellow at the Singapore Institute of International Affairs. He is co-author of Hybrid Reality: Thriving in the Emerging Human-Technology Civilization (2012) and author of How to Run the World: Charting a Course to the Next Renaissance (2011) and The Second World: Empires and Influence in the New Global Order (2008). In 2008, Parag was named one of Esquire’s “75 Most Influential People of the 21st Century,” and featured in WIRED magazine’s “Smart List.”

Parag lectures frequently at international conferences and gives executive briefings to government leaders and major corporations on global trends, systemic risks, future scenarios, economic master planning, emerging market strategies, and technological disruptions. He has been an adviser to the U.S. National Intelligence Council’s Global Trends 2030 program. Previously, he served in the foreign policy advisory group to the Barack Obama for President campaign. During 2007 he served in Iraq and Afghanistan as a senior geopolitical adviser to United States Special Operations Forces. From 2002 to 2005, he was the Global Governance Fellow at the Brookings Institution. From 2000 to 2002, he worked at the World Economic Forum in Geneva; and from 1999 to 2000, he was a Research Associate at the Council on Foreign Relations in New York.

Khanna holds a PhD from the London School of Economics, and Bachelors and Masters degrees from the School of Foreign Service at Georgetown University. He has been a Visiting Fellow at LSE IDEAS (2011-13), Senior Fellow at the European Council on Foreign Relations (2011-13), Distinguished Visitor at the Munk School of Global Affairs at the University of Toronto, Distinguished Visitor at the American Academy in Berlin (2008), Next Generation Fellow of the American Assembly (2007-08), Visiting Fellow at the Lee Kwan Yew School of Public Policy in Singapore (2006), Non-Resident Associate of the Institute for the Study of Diplomacy at Georgetown University (2004-05), and a Visiting Fellow at the Observer Research Foundation in New Delhi (2004).